By August 2020, I was in and out of the Prime Minister’s Office with great frequency, relaying messages from Jared Kushner, Avi Berkowitz, or Ambassador David Friedman, or just making sure that there was a personal connection while David was in the States. I still got a thrill every time my phone rang with “Unknown” calling, which more likely than not was the Prime Minister’s Office. Several times I drove or was driven more than two hours in heavy traffic from Raanana to Jerusalem only to be told that David had just called and spoken to the prime minister, or that Avi and Ron Dermer had called in together. I took it in stride, in the philosophy I had learned from David.

Early in 2017, President Trump called him at three in the morning and he answered on the first ring. The president asked if it was the middle of the night in Israel, and David replied, “Mr. President, I work for you 24/7. Please call whenever you want.” In that spirit, I usually picked up on the first ring whenever Jared, Avi, David, or the Prime Minister’s Office called. I didn’t hesitate to jump into the car to drive an hour for a five-minute meeting and then back again. I was willing to fly to Washington if a twenty-minute face-to-face meeting could accomplish more than countless emails and phone calls.

I was in a meeting with David Milstein and Israel’s Innovation Authority on August 11, discussing the best way to fast-track breakthroughs in Covid-19 therapies made in Israel with the Innovation Authority’s funding, when my phone rang. It was 3:30 p.m., and Friedman was calling. Normally I would pick up right away, but this time I didn’t because I was in the middle of a meeting. He rang three more times, which was unusual for him, so I excused myself and went out to return the call.

“There has been a change in schedule,” he told me. “The phone call with the UAE, Israel, and us is happening this week. Get to D.C. now.” The crown prince of the United Arab Emirates, Sheikh Mohammed bin Zayed, would be participating in a call with Prime Minister Netanyahu and President Trump, and it would happen on August 13, just two days away.

I was in Tel Aviv without a passport, wallet, or plane ticket. I needed to get a PCR test for Covid and tackle some other logistical challenges. But when David told me to jump, my response was always “How high?”

I ran back into the meeting, apologized for having to step away, and committed to rescheduling in the near future. I called Sandy at the embassy to help me. Sandy was the manager of the front office, with dozens of years of experience. If something needed to get done, between her and Jonathan Shrier, the deputy chief of mission, it got done. Sandy immediately secured a car and driver and an expediter, and arranged for the medical office to be ready to do a PCR in the next thirty minutes. Then I called Estee and explained that I was needed in Washington immediately. She knew not to ask why, but instead, “How can I help?” I asked her to pack my bags and get my passport ready.

At this point I realized that I still didn’t have a plane ticket, so I called the embassy travel team, whom I got to know very well over my four years, and they managed to book a seat for me on a flight that evening. I went to the embassy for the PCR test, then home to pick up my bags and passport, and made it to my flight just before the boarding gate closed. Sliding into my seat, I reflected with amazement that just seven hours earlier I had been sitting in a meeting in Tel Aviv with no intention of flying anywhere that evening.

On August 12, I got to the White House by 9 a.m. and parked myself in Avi’s office in the Eisenhower Executive Office Building, where I met some people who would become my best colleagues for the remainder of the administration. They were the National Security Council team that focused on the Gulf. I already knew many of them in passing, as I had tried to become friends with as many people as possible when I came to Washington, but sadly the Israel-focused teams in D.C. didn’t interact a lot with the Gulf-focused teams. In Avi’s office that day I met Major General Miguel Correa and Mark Vandroff for the first time. Also in the room were Rob Greenway, Ryan Arant, Scott Leith, and Eddie Vazquez. Under Jared Kushner’s leadership, these people became the core of the team effectuating what would be called the Abraham Accords.

We went to work on making sure the phone call would go off without a hitch the next morning. What was still to be decided was when to make a public announcement. Even with three countries involved, fewer than forty people knew about the call beforehand. Any one of them could have leaked a self-serving story, as happens all the time in Washington and in Israel, but they all kept the plan tightly under wraps. This allowed the White House to shape the narrative from the beginning.

That night I couldn’t sleep. Everything was buttoned up and ready to go, but either the prime minister of Israel or the crown prince of the UAE could call the whole thing off at a moment’s notice.

Having worked with various important leaders over the past three years, I knew it was not unheard of for leaders to change their minds at the last minute. I had no control over what would happen in the next twenty-four hours, but I was confident that the leaders of Israel and the UAE would know that the United States was with them 100 percent on wherever this journey would lead. Once again, it was the close relationships developed by Jared, David, Avi, and their teams that allowed an impossibly complicated phone call to go off without a hitch.

I was at the White House at 7:00 the next morning, though my entry permit was not good until 7:30. The entire team was in Avi’s office by 8:15 to plan the rest of the day minute by minute. It was about 9:40 when we began to realize that what was about to happen was momentous enough to merit a name. Usually, a name for a government initiative of this kind would start with branding experts, then test-marketing, and finally a lengthy process for all the principal parties to give their approval. We had only twenty minutes.

Various suggestions were made, and then Miguel Correa said, “The Abraham Accord. We are all children of Abraham. It is what unites us. That is what we should call this.” There was immediate agreement among the team. With only twenty minutes until the call, we still needed President Trump, Israel, and the UAE on board with the name. As we walked over to the West Wing, Miguel called the UAE, Friedman called Israel, and Avi rushed to share the name with Jared and the president. Within two minutes we had consensus on the name. The smooth way this decision was made foreshadowed the fruitful cooperation that I would personally witness over the next 120 days.

As we were getting seated in the Oval Office and waiting for the phone call to begin, Jared asked, “Is this the Abraham Accord or the Abraham Accords?” Everyone seemed to know what he was thinking: it should be Accords, because more countries could and should participate. While the plural would put pressure on the White House to get more participants, it would also signal to other countries that they could join if they wanted to.

At 10:00 a.m. promptly, President Trump led the call between Prime Minister Netanyahu and Sheikh Mohammed bin Zayed, which lasted about twenty-five minutes. In some respects it was like the conference calls you may have had with business associates or relatives, where awkward moments of silence are followed by two or three people talking at once. Many platitudes were spoken, but what I recall most vividly is the crown prince of the UAE saying that the year 2020 would be remembered for the pandemic that afflicted the whole world, but also for the moment when the people on this call chose to make a better future for their children and for the whole region.

At the conclusion of the call, the president pressed the hang-up button twice—you can never be too certain. We had no script for what would happen next, and at first everyone was quiet. Then Steven Mnuchin said, “Congratulations, Mr. President,” and led everyone in a prolonged standing ovation. Many people in the room had tears in their eyes. Dan Scavino invited Avi to release the president’s tweet and White House statement. Moments later, the White House press corps were ushered into the Oval Office and the prospects of peace were broadcast to the world.

The official White House statement about the phone call expressed excitement about the new prospects for the future of the Middle East. It explained that Israel had agreed to suspend the application of sovereignty in the West Bank (Judea and Samaria) as per the Peace to Prosperity Vision, and would instead channel its energies into developing this new relationship and preparing for others to follow soon. The statement made clear that this accord was not meant as a substitute for resolving the Israeli-Palestinian dispute, and affirmed the Peace to Prosperity Vision as a realistic roadmap for peace in the region. It concluded by celebrating the opportunity to bring some light to the future in the darkness of a pandemic.

The phone call sent shockwaves around the world. Pundits who focused on Middle East peace did not think the Trump administration would be able to accomplish anything that was not unilateral with his perceived weakness heading into the election. The same pundits took it as gospel truth that regional peace could not be achieved without Palestinian-Israeli peace. These are people who devote their time to watching the region closely, and they were taken completely by surprise. The average news consumer was no doubt even more surprised. No one was anticipating an announcement of this magnitude.

To tell the truth, I believe that most people who worked on the steps leading up to the call didn’t know how far the message of peace during these challenging days in August would resonate among the American people or across the Middle East and North Africa region. I think there was a feeling that this was going to be an important step toward a real change in the MENA region, but I don’t think anyone felt it would be a hinge of history for the entire region. 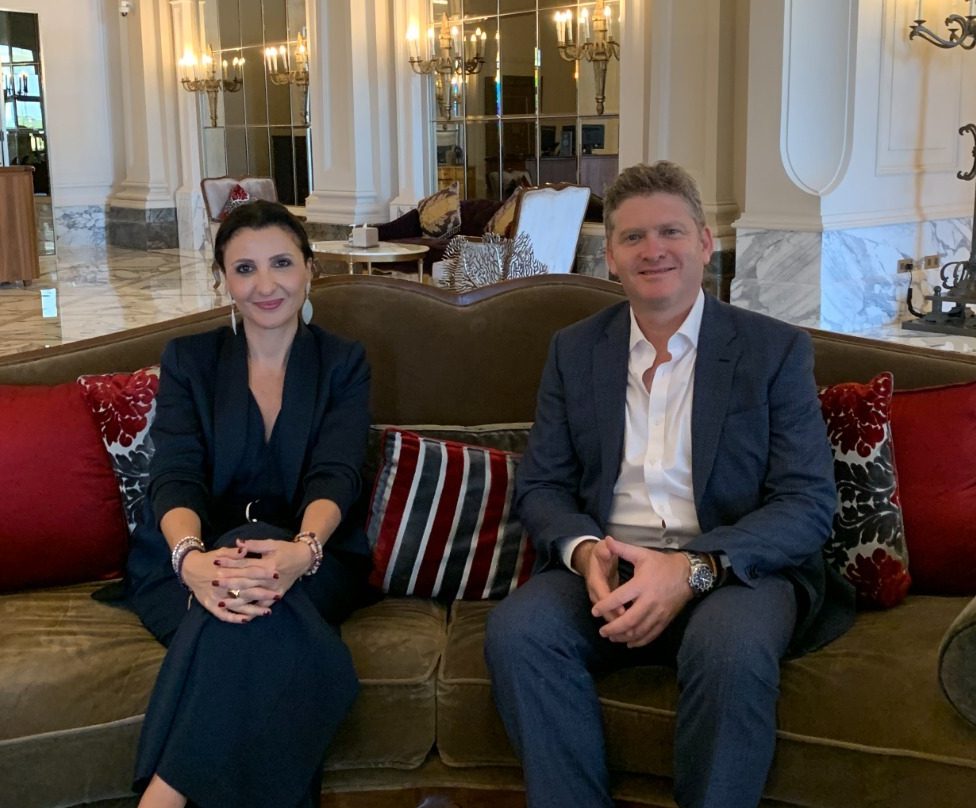 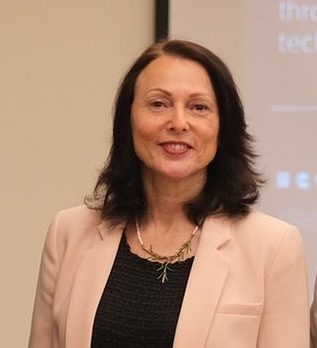 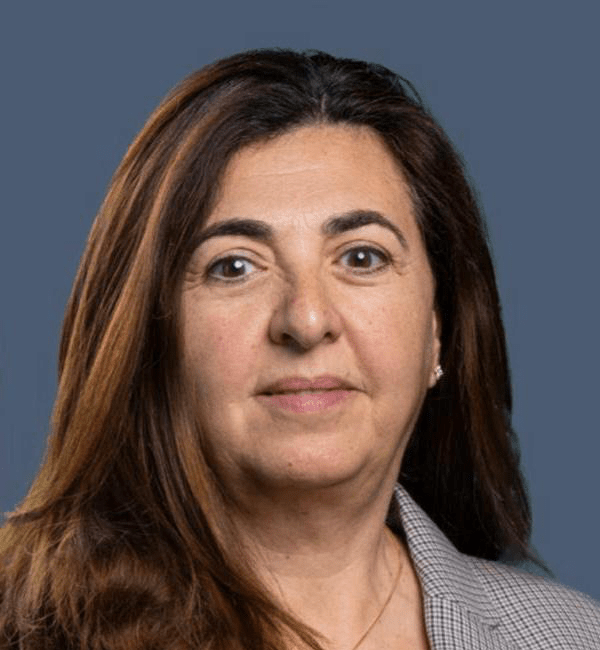